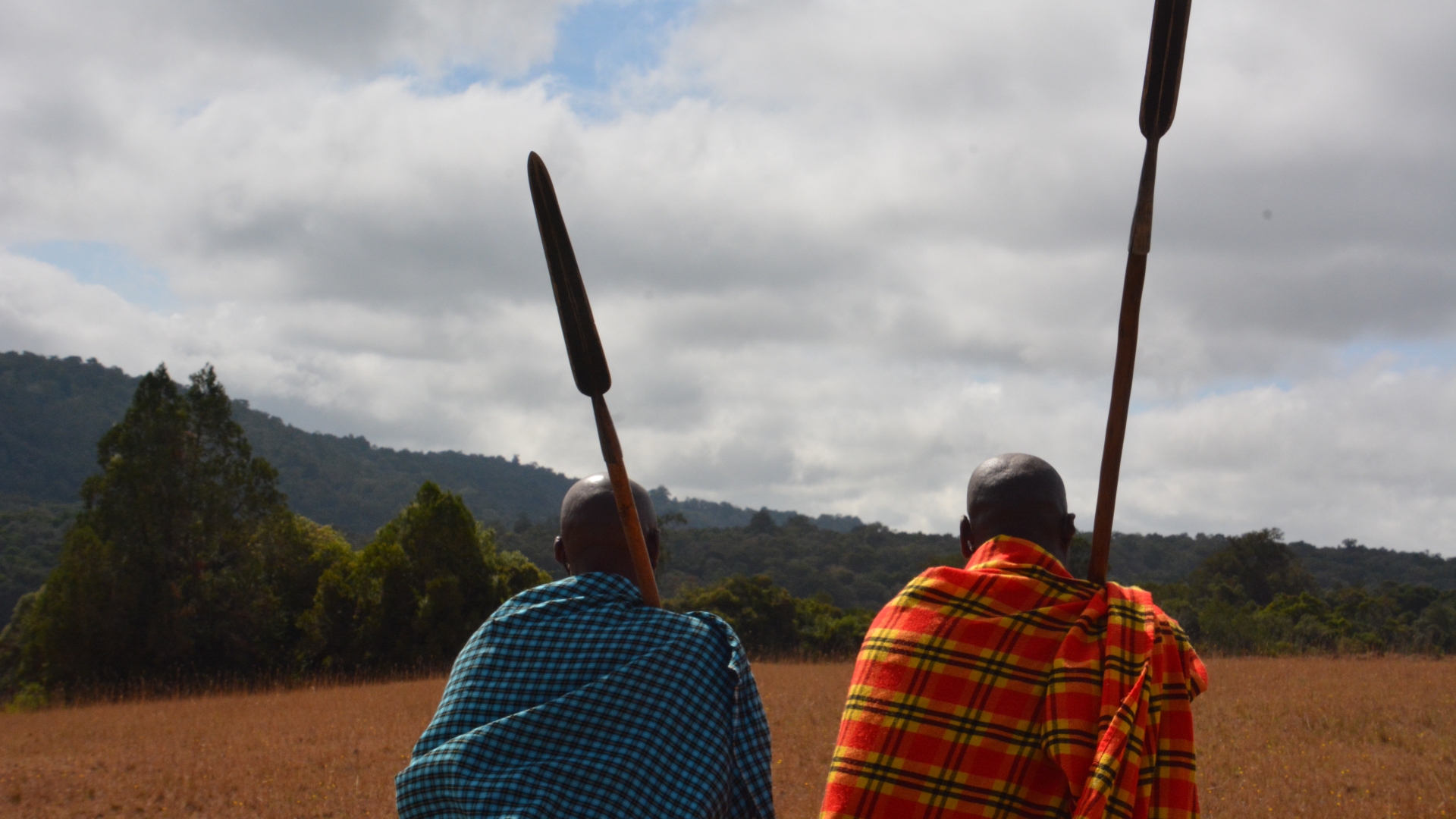 On top of my bucket list this year were Oldoinyo Lengai and Loita Forest (Entim Enaimina Enkiyio).

Oldoinyo Lengai hike took place in April and is probably the most dramatic adventure so far. I hold it dear because of the spiritual connection of my late paternal grandmother, Nembulung.

With a team of fellows from The Amani Institute, we trekked through Loita Forest a few days ago. This forest occupies a special place in Maasai mythology. Its real name is Entim Enaimina Enkiyio (The Forest of the Lost Child). In my generation, it signifies a conservation morality and consciousness that for generations has guarded it against any form of encroachment.

Legend has it that a young girl was tending her father’s calves at the edge of the forest. When some calves strayed into the forest and she followed to retrieve them but the forest never gave her back – hence the name, Forest of the Lost Child.

We arrived at Morijo, Loita on a late Friday evening – a bruising 265km drive – the road was very rough after the diversion from the Maasai Mara highway at Ewuaso Ngiro town. It was dark and hardly saw much but listened to grind of tires against gravel. It can get disorienting and made the distance seem much longer.

Our host James Sumpati, a veteran mountain guide who made our stay an experience with long lasting memories, received us at the camp that he set up near his home at Miton.

We set off in the morning into the forest – greeted by the joyful call of the turacco, flapping their green and purple wings as they run up branches in the canopy. The colobus money barked – invisibly. Fresh buffalo dung and spoor led us deep into the forest.

We hoped and prayed to see the elephants but they remained phantoms in the shadows but left their dung for us to wonder.

The air is fresh and cool as we walked, trudging on the undergrowth. Some trees here are huge, very huge and as old as 200 years or more. The forest, which covers 302 square kilometres is one of the few non-gazetted trust land containing indigenous forests in Kenya. The plains for Maasai Mara straddle the west and the Great Rift Valley to the east. Lake Magadi and Ngurman Escarpment in the Southeast. This place is jealously guarded by the community here and it remains largely undisturbed. It is the source of water, pasture, medicine and pride to the Loita Maasai.

But this is a forest where the community has to stand guard every minute against encroachment – both from some community members who think they can over exploit it or from outsiders who salivate at the possibility of getting a piece of it for personal gain.

In our conversation with James and members of the community, the word “conservation” by NGOs is considered a dirty word and some international organisations have been chased away from the forest for the community sees no value in their conservation models.

“My grandfather Olonana (Lenana) gave away Nairobi and Oloolaiser (Ngong) forests to the British, I will never allow anyone to take Enaimina Enkiyo,” Laibon Mokombo ole Senteu told as we sat in his house on our last day in Loita.

This a digital platform for stories of African Explorers and nature enthusiasts. It was founded by John Kisimir, a Kenyan journalists and conservationists. You can reach us on jkisaid@gmail.com View all posts by Naloolo Explorers