For the most part, Maasai Mara consists of flat land with a few hills and many ridges. The safari paradise with its vast plains is overwhelmingly beautiful but can also get dull.

So, some members of Friends of Maasai Mara sought a new challenge by hiking to the highest point in the horizon.

I first took interest in Kileleoni Hill weeks ago, while on a visit to a rhino sanctuary in the north of the game reserve. It is the highest elevation in the Mara ecosystem – a beautiful hill that hosts one of my favourite animals – the colobus monkey. It is also the only place to find the rare mountain reedbuck.

Seeing a rhino up-close is an emotional thing – I heard gasps of “wow and hmm…” from the visitors. But my focus was on the mountain. It stood straight up with rocks that looked like they were deliberately placed.  It was densely forested and there were many spots of white atop the trees, which I later learnt, were the shy colobus monkeys.

I made a mental note to return for this hill.

On my return, I spent the night at Lemek town, with a friend, Fred Kariankei. Fred made it clear to the team that he is not interested in “looking for trouble” – his mild way of saying hiking is such a waste of time. He uttered the words slowly just to make sure they sink in. He agreed to drive us though, as close to the hiking trail as possible.

We were dropped off just after Rekero Camp, on the eastern side of Kileleoni Hill. The area is dense with acacia forest, lots of wild fruit trees – a perfect habitat for browsing and grazing ungulates, as well as hideout thickets for the predators.

There were elephant dung everywhere – the grass is healthy from the manure. It is an active wildlife area and there were lots of signs. Please be accompanied by armed rangers if you are not familiar with this territory.

Our team leader, Amos Kipeen, who grew up here, used his sword to make us walking sticks and started off the trail, followed by Harrison Taga and Sintoyia Sengeny.

It was one happy leisure walk – the wild fruits that we ate during childhood while grazing livestock are in season and on several occasions we huddled around fruit trees. It was one beautiful way for down the memory lane moments.

It took us about an hour to get to the summit which is about 2040 metres above sea level. We had several stops for water and laughter – the stories. There were several moments when larger mammals bolted out of the bushes and ran away. We had giraffes intensely watching as if counting minutes for us to leave.

We had a moment where some of us saw the rare mountain reedbuck for the first time.

But the icing on the cake was being at the roof of Maasai Mara. Atop Kileleoni Hill, you can see as far as the eye could see – the stretch towards Serengeti, Kilgoris, Bomet, Lemek and beyond.

By the way, our driver friend, Fred, took our lunch and water closer to the summit by car – there is road. Then he decided to hike for the remaining 1km and insisted on not missing on the photo sessions. Sawa tu!

If you truly want to see how breathtaking the Maasai Mara ecosystem is, get to its roof.

Enjoy the photos from the hike. 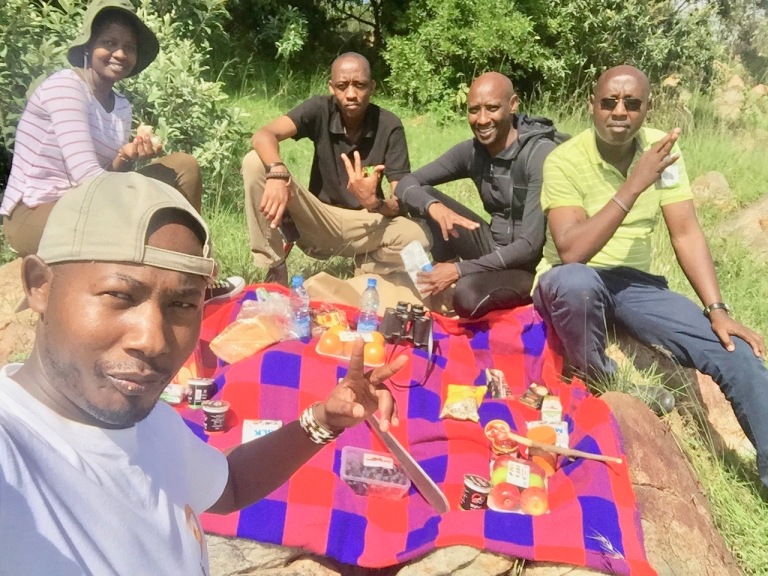 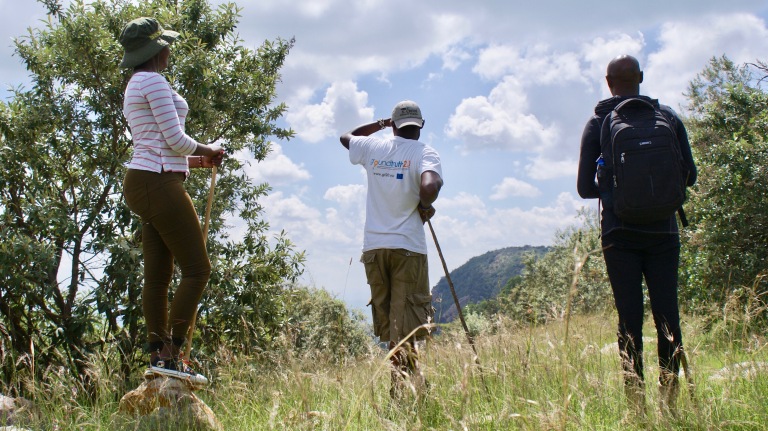 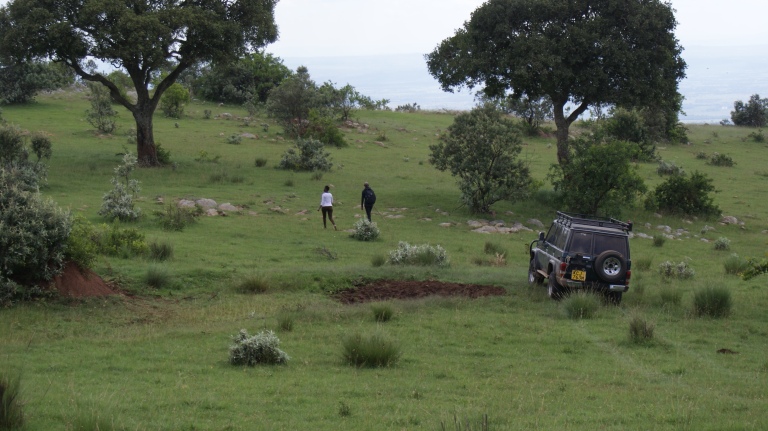 This a digital platform for stories of African Explorers and nature enthusiasts. It was founded by John Kisimir, a Kenyan journalists and conservation leader. You can reach us on jkisaid@gmail.com View all posts by Naloolo Explorers